You are here: Simplified Guide » Secure Shell (SSH) » How to disable SSH timeout

How to disable SSH timeout

SSH sessions will timeout, and the client will be disconnected automatically from the server after being idle or inactive for a while.

Upon disconnection, the SSH server will prompt the client with the following error message:

The idle SSH connection is closed due to the SSH servers' configuration, often by default, to avoid hanging sessions and free up resources.

You can increase SSH connection timeout by configuring TCPKeepAlive and related settings both from the SSH server and the client.

Avoid SSH timeout from the server

If you have administrative access to the SSH server, you can configure it not to disconnect idle sessions. This could be achieved by setting the appropriate parameters for TCPKeepAlive, ClientAliveInterval, and ClientAliveCountMax on the server as per the following steps:

Avoid SSH timeout from the client

If you don't have administrative access to the server, you can configure your SSH client to send the alive message to the server instead to achieve the same result. This is done via the ServerAliveInterval option for the SSH client.

You can do this by updating /etc/ssh/ssh_config (applying the setting to every user in the system) or in ~/.ssh/config (single user). Set the following option to have the client send the alive packet every 30 seconds to the server; 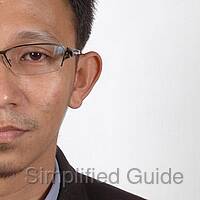